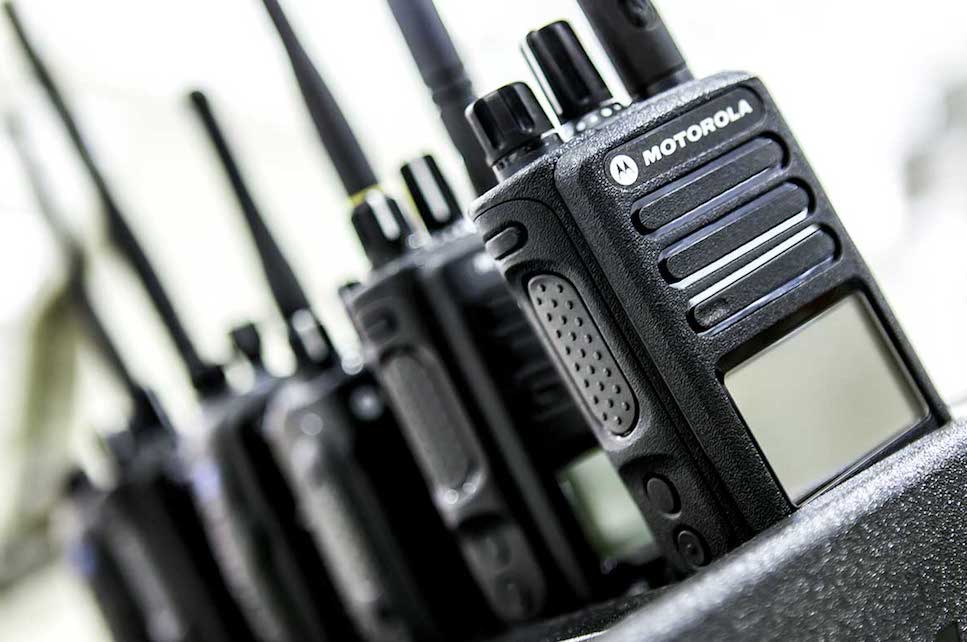 Does your business rely on cellphones as your primary method of communication?

If so, you might want to reconsider this decision.

You might be surprised to see how much this choice is actually costing your business.

Not only are cell phone plans expensive (two-way radios are much more economical in the long term) but they also cost your business in inefficiency. Have you ever experienced a loss of reception? Most people have. But this is just the tip of the iceberg.

Given that seamless communication is critical to the productivity and safety of just about every industry, cell phones are costly for your business. This is why two-way radios are critical to so many different sectors, from transportation to healthcare.

This blog post will show you exactly why industries communicate via two-way radios instead of cell phones.

Why Two-Way Radios Are Better Than Cell Phones

1. Major Cost Savings for Your Business

We alluded to how two-way radios are the more economical choice.

Again, radios can be purchased for much cheaper than the cost of monthly phone plans, but you also have the option to rent two-way radios to lower these upfront costs even more.

However, two-way radios offer cost savings in a lot of other ways as well.

For instance, consider the sheer durability of two-way radios compared to cell phones. Two-way radios were designed for that very purpose; in fact, they are regularly subjected to drop, shock and vibration tests. Many are even waterproof. At the end of the day, fewer repairs and replacements mean fewer expenses and higher margins.

Consider, too, the usability of two-way radios compared to cell phones. Two-way radios were designed solely for communication. The “Push-to-Talk” button is much more efficient than a touchscreen.

You might think that your business isn’t that affected by downtime, but studies show otherwise. Even average, mid-range of businesses lose a staggering 1 million every year because of it.

The problem with cell phones is that they can only operate with an active cell tower. If you’ve ever lost reception in rural or remote areas, you’ll know exactly what we’re talking about. Add to this, network outages and overloaded cell towers, and it’s clear to see that cell phones aren’t the most reliable.

This is seriously problematic for every single business and organization. When teams can’t communicate, tasks don’t get accomplished.

The result? A major loss of productivity.

The bottom line is if you want daily operations to function as efficiently as possible, strong and reliable communication is key. And this is where two-way radios come in.

If you have employees who drive company vehicles, your business is at risk of the liabilities that come when employees engage in distracted driving (i.e. driving while using a cell phone).

While there are laws in place that are designed to prevent distracted driving, the sad reality is that it continues in alarming numbers.

No business or organization is immune.

Yet another major benefit of using two-way radios to communicate over cell phones is that they’re a much safer alternative for employees who drive company vehicles. In fact, the majority of provinces and territories in Canada have actually exempted two-way radios from distracted driving laws.